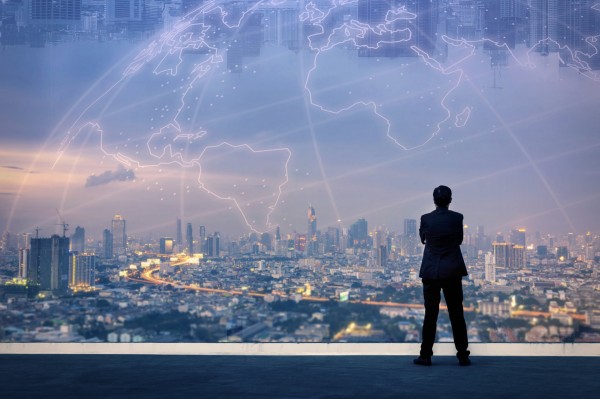 Dr. John Demartini is a behavioural expert and philosopher who has helped countless people improve their mental and physiological health on a whole level with the Demartini Method he developed so that they feel fully fulfilled. Mental health, according to Dr. John Demartini's definition, is elementary to describe: Being mentally healthy means being aware of one's own individual priorities and values and living one's life according to them. But what does setting priorities mean for an individual person?

Dr John Demartini is a world-renowned expert on human behaviour and the human body in all its physiological complexity. At the age of 66, which you absolutely cannot tell by looking at him, he has read over 30,000 books. With the knowledge gained from this and ever present, he would theoretically have a status of 300 Dr. Titles. He himself is the author of many books such as “the values factor” and “the breakthrough experience”.

Dr. John Demartini gives seminars and speeches all over the world in which he applies the Demartini Method he developed daily. In this way, he helps people to lead a fuller and more conscious life, which can improve the quality of life and bring one into balance with one's own set priorities instead of orienting oneself to foreign social values.

There are now countless gurus coaching people to optimize their mental health. A big trend is "positive thinking" and simply being positive, eradicating negative thoughts and only seeing everything beautiful in the world. These coaches have some success with their methods, but often not in the long term and not holistically. The basic problem is that one builds up the illusion of a perfect world in which unrealistic expectations of oneself and the outside world are promoted.
No one can always be positive and happy and the subconscious also shows you this reality: everything has two opposite sides; there is dark and light, day and night, summer and winter, joy and anger and so on. It is not possible to erase the opposite side, because that would contradict basic physical laws.

Science instead of esotericism

Dr. John Demartini's methods are based on extremely complex science that is linked to high physics, chemistry, biology, and other natural sciences. Everything he explains about mental processes and subjective perception, which is ultimately the basis for the mental state, can be measured in the brain. He can explain exactly in which part of the brain which processes happen, for example when unrealistic expectations or one-sided perceptions arise. These are also the main issues that are brought into balance with the Dr. Demartini method. The method is explained in more detail in a section below.

Setting priorities — what does it really mean?

Setting priorities in life — these words can almost be called a phrase because in many areas of life you are advised: "You just have to set your priorities right!" or "You have to set priorities". In reality, however, it looks like many people can not do that at all. This is primarily because a large part of the population is not even aware of which values are important to them personally and what their priorities actually are. People often orient themselves to social expectations and foreign values that they learn unconsciously via social media and in their daily social life, among other things, and thus create illusions in their brains:

For example, you see photos of a friend who has neither a partner nor children or a family and is always spontaneously going on short trips or journeys. She seems super happy and you start to wish for that independence. So you sit at the breakfast table with your family and compare yourself to this other person who now doesn't have to worry about making bread for the children and doesn't have family obligations and responsibilities.

You wish you could also be so free and just spontaneously fly to London and make new acquaintances there. At that moment, on the one hand, the illusion arises that the freedom and independence this friend has only has advantages for her and her life, and you want to have that too. On the other hand, another illusion arises, namely that one would also like to have this life oneself.

In its conscious perception, the brain blocks out the fact that the freedom and independence for the girlfriend also entails disadvantages and that one's own chosen life brings with it the advantages that correspond to one's own values: You yourself are a family person and don't want to live alone at all, and your subconscious also tells you that, only you don't consciously perceive this.

The example shows the two most important points on which Dr. Demartini's method is based:

1. every person has his or her individual values and priorities according to which — whether unconsciously or consciously — he or she shapes his or her life. The more aware one is of these, the less one compares oneself with others and the fewer illusions and unrealistic expectations arise.

2. There are always two sides to everything in life, and for mental health it is imperative to become aware of both sides.

Many people are not really aware of which things are actually important to them. However, the clearer one's own priorities are, the better one can dedicate oneself to one's true goals and the more efficient time management methods become.

Dr. Demartini has developed some specific questions to help you become aware of your priorities. Priority identification can be done on the following page:
https://drdemartini.com/values/start

Once you know clearly what is really important to you, you can plan your day with the right prioritisation. You make a to-do list and ask yourself for each task in which way the tasks support your personal priorities. The complex thing is that you have to build the right bridges. Some tasks are indirectly linked to priorities. For example, someone may be in a job where they don't really enjoy the activities themselves, but earn enough money from it that they need to pursue their highest priority. Maybe it is travelling or an expensive hobby like driving a luxury car. When he realizes why he is doing the job, he will appreciate it more and complain less about not having fun.

A life in balance — always recognize both sides

The Demartini method can — depending on the case — be relatively elaborate. Broken down, however, it is about seeing things in balance and recognizing that everything has two sides. The more you live in your priorities, the more you accept these two sides.

So, for example, if your highest priority is driving luxury cars, and you are aware of that, then on the one hand you naturally see all the advantages of that, but you also see disadvantages:#

You have to work a lot for it and earn good money, a scratch in the car quickly becomes expensive, you pollute the environment much more, other people might consider you superficial and much more.

The goal is always to see both sides in balance and to accept that as reality because then you are no longer in an illusion.

Dr. John Demartini's methods are scientifically sound, sustainable and applicable to everyone. However, identifying individual priorities and setting priorities is challenging and the further questions of his Demartini Method are time-consuming and complex.

The basics, however, can help every person to live more consciously according to their own values and thus have a more fulfilling life. Ultimately, it is always about one's own individual perception and this can be changed through active awareness so that one sees things in balance and sees and accepts both sides - the good and the challenging.

What constitutes quality of life at its core according to Demartini?
Awareness of one's own personal priorities (values) and living in harmony with them. In addition, one should always be aware that everything has two sides: Good and bad, light and dark, day and night, challenge and support. The more you accept both sides, the more grounded you are.
What does setting priorities really mean in everyday life?
Many people are not really aware of which things are actually important for them. However, the clearer one's own priorities are, the better one can dedicate oneself to one's true goals and the more efficient time management methods become. So it's a matter of selecting daily tasks according to personal priorities or seeking a connection to them.
According to Demartini, does setting priorities mean choosing what to leave undone?
Among other things, yes: Often you are annoyed with unnecessary tasks that can simply wait. If you take on to-do's that shouldn't be ready until a week later, you've prioritized wrongly. The best thing to do is to make a note and categorize which things support the highest priorities in life on a given day.
How can quality of life and success be measured according to Demartini?
Those who live each day according to their priorities and thus have realistic expectations of themselves and other people experience a high quality of life. One lives in balance when one accepts both sides; the challenging and the supportive. Gratitude is another factor that plays a big role: Being grateful for all that is pleasant and also challenging and unconditionally loving people who are important to you: "Say thank you, I love you".
What does setting priorities in everyday life mean for competitive athletes?
A competitive athlete should ask himself every morning what to-do's he has to do today that will support competitive sport to the maximum? This can be training, planning a good diet, but also other things like regeneration. Maybe it is also important to plan the next competition together with a coach. However, if the competitive athlete allows himself to be guided by social constraints, such as going out to eat with friends, where you are looked at askance if you don't eat pizza, then he prioritizes wrongly and feels bad afterwards because for his highest priority, pizza is not a good decision and he should always orientate himself accordingly.
Write a comment