The Paleo Diet – nutrition like in the Stone Age 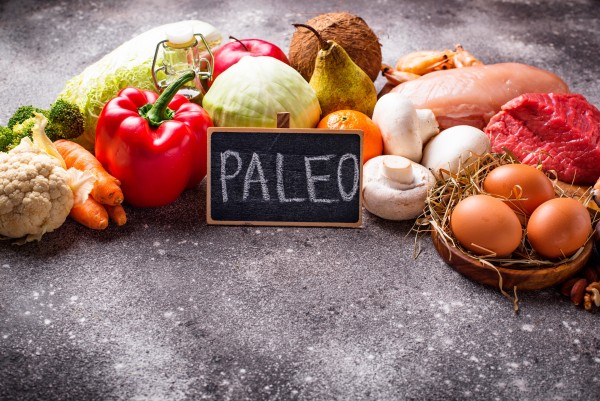 Nutrition as in the stone age – a health trend that has already taken firm roots in parts of our society. This lifestyle is based on the food that was available thousands of years ago during the times of hunters and gatherers and is still available in a similar form today. Certain sporting principles can also be included. The Paleo diet is said to have several health benefits: Body fat reduction, less inflammation, optimized sleep, a higher energy level and more efficiency in everyday life are just a few examples1.

What does Paleo nutrition mean?

On the one hand, one can only look at the Paleo diet, in which only what is eaten and drunk is in the foreground. Or one can see Paleo holistically as a real lifestyle. In both perspectives it is assumed that our metabolism has hardly changed since the Stone Age and that our ancestors of that time ate the things that are still optimal for our genetics. These included roots, nuts, berries, vegetables and animal protein. Milk was not even consumed at that time, because Stone Age people were not sedentary and did not keep pets or farm animals. A number of things can also be deduced for the topics of exercise, recreation and sport2.

People in the Palaeolithic period had to run away from wild animals or climb a tree for a short time. Also there were more and more often a heavy stone to carry or an animal to kill. In those days people were physically in good shape, because this daily exercise and the natural food did not allow for a belly of prosperity. So they rather had good muscles and less body fat. Because they liked to take a nap after physical exertion and played many games even in adulthood, they had good periods of regeneration between stressful situations in the wild nature and the fight for survival2. Today's Paleo advocates transfer this to our new world as follows: We need strength training and interval or sprint units, enough quality sleep and fun moments, as well as similar foods as our ancestors of yesteryear.

The 10 laws of the Paleo Lifestyle

Mark Sisson, an expert on Stone Age nutrition, has summarized the Paleo Diet and the associated attitude to life in ten commandments in his book "Gesundheitsgeheimnisse aus der Steinzeit"2:

The principle of the Paleo Diet is relatively simple: Everything that Stone Age people had and ate is allowed!

Typical "Paleo products" include meat, fish, eggs, nuts, seeds, berries, vegetables and roots, as well as honey and sweet fruits in harmless quantities. This automatically means that less carbohydrates are consumed, which is why good, natural fats and animal protein are the main sources of energy. Potatoes and sweet potatoes are in a grey area, so there are certainly forms of paleo nutrition in which they are allowed, but with very strict advocates they are also taboo. Coffee, very dark chocolate and red wine are also okay in smaller amounts2.

These products and foods are forbidden in the Paleo diet:

Since the Paleo Diet is mainly about eating natural food, which - at least in its original form - already existed in the Stone Age, all industrially processed products belong to the No-Gos. Refined oils and fats, ready meals, bakery products, additives, sweets, sweeteners, artificial colours and sweet drinks should therefore be avoided.

All types of cereals should be left out. This means that pasta, bread, pizza, cakes, oatmeal, even pseudo-cereals and even rice are omitted. However, rice is again in a grey area due to its good tolerance.  Dairy products are completely forbidden, so there is no cheese, yoghurt, cream, quark or ice cream on the menu. Practically every form of sugar is one of the forbidden foods in the Paleo diet. The only exception is – as mentioned above – small amounts of honey and some fruits.

The Paleo experts do not quite agree on legumes either: they were probably eaten in their original form by the Neanderthals, but they are still viewed critically. One reason for this is that they contain carbohydrates that are relatively difficult to digest, which tend to ferment in the intestines and can lead to flatulence. In addition, they contain antinutrients that are actually supposed to protect the plant, which inhibit our digestive enzymes. As a result, certain micronutrients are not readily absorbed and may irritate the intestinal mucosa1.

Especially peanuts, soya, lentils and beans are not recommended in the Paleo diet. These products are already widely bred today, which is why our digestive tract simply does not cope well with them. Chickpeas are nevertheless permitted by some Paleo advocates, as long as they are soaked overnight and then rinsed well before cooking. This removes at least some of the antinutrients. Especially for vegans or vegetarians there is a possibility to get their proteins in the Paleo diet.

What are the advantages of the Paleo diet?

Because the only carbohydrate sources in the Paleo diet are fruit, little honey and vegetables and no refined sugar or cereals are consumed, you automatically stay in the range of 100-150g a day2. This is beneficial for the blood sugar level, because with these amounts it remains stable and the risk of type 2 diabetes is drastically reduced. A stable blood sugar level also has a positive visual effect3:
Fewer blood sugar fluctuations mean fewer ravenous attacks and less excess carbohydrates that are converted into fats and stored around the body.

Since the potential main allergens gluten, milk and soya are automatically excluded in the Paleo diet, the Paleo diet has a good effect on intestinal health. For example, it often reduces the symptoms or even the causes in people with intestinal diseases, autoimmune diseases or digestive disorders. Because without contact with allergens and the consumption of natural foods and lots of vegetables, the intestinal mucosa can regenerate1. You can read more about this in our article on the leaky gut.

Also the ability to concentrate, the general condition, the quality of sleep, the build-up of muscles and the mood are usually improved by the Paleo diet1. This has to do with the fact that industrially processed products and too much sugar in particular worsen these points.

Criticism of the Paleo diet

It is often criticized at the Paleo Diet that there are actually many different historical findings about the Stone Age and the different prehistoric people and their eating habits: science is not always in complete agreement whether the Stone Age diet was indeed the same as described by Paleo advocates. In addition to this, during this time, different peoples were also living in different places in the world. They did not always necessarily have the same food available. So it is assumed that there were also tribes and peoples who fed themselves almost exclusively with plants and were able to develop and reproduce well with this diet.

For many who are involved in the Paleo diet, it is initially very challenging, because at first glance a lot of potential foods fall out of the scheme. Nevertheless, there are now a huge number of creative recipes and alternative products that comply with the Paleo principles: pizza dough made of finely mixed cauliflower and egg, bread baking mixes based on grains or nuts, nut mus, Paleo pancakes made of bananas and almond flour, Paleo muesli made of nuts and grains or delicious smoothies are just a few examples.

However, you should be careful not to fall into the marketing trap, because many supposed Paleo products are not necessarily in the interest of Paleo representatives. For example, Paleo bars from the supermarket consist mainly of dates, which are basically represented in the diet, but not in the quantity they are consumed in this way. With the high proportion of dates, a Paleo bar likes to have 30g of sugar, which is far too much for a small snack. The mueslis are also sweetened with honey – so be careful here!

By the way: on this website you can find great recipes for cooking fresh food yourself and tips on the Paleo diet.

What does the term Paleo mean?
A Paleo Lifestyle means that you orientate yourself on the principles of the Stone Age. It is assumed that the same foods from that time are good for us, as our genetics have changed very little since then.
What is the Paleo diet?
One feeds like or similar to the people in the stone age. The foods most commonly consumed in the Paleo diet include roots, nuts, berries, vegetables and animal protein. Milk was not even consumed at that time, because the Stone Age people were not sedentary and did not keep pets or farm animals. A lot can also be deduced for the topics exercise, recreation and sports.
What is expressly prohibited in a Paleo diet?
All kinds of cereals, dairy products, almost every form of sugar, refined oils and fats, ready meals, bakery products, additives, sweets, artificial colours and sweet drinks. Pulses, rice, potatoes and sweet potatoes are in a grey area.
What can I eat during a Paleo diet?
Fish, meat, eggs, vegetables, roots, berries, nuts, seeds, some fruits and coconut.
How healthy is the Paleo diet really in the long run?
Those who follow the Paleo diet with high quality food (organic meat, wild caught fish, organic eggs, organic vegetables etc.) should not worry. Since the Paleo diet can make the intestine healthy and keep it intact, it stabilizes the blood sugar in the long run and contains many natural foods, it is health-promoting for most people.
paleo diet nutrition
Write a comment