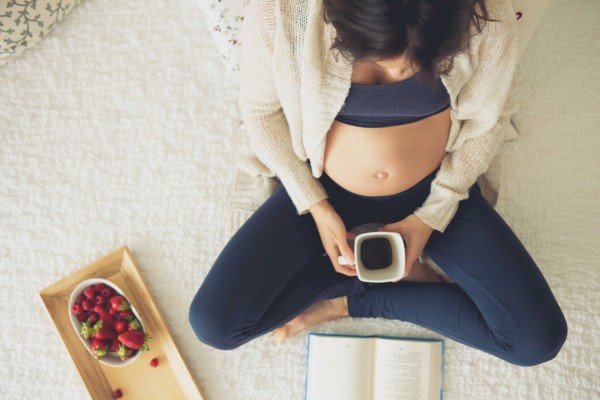 The Louwen Diet is a special form of nutrition that is mainly used in the last six weeks of pregnancy. On the one hand, it is oriented towards foods with a low glycaemic index in order to avoid blood sugar fluctuations in the period before birth. So on the one hand, it is about leaving out certain carbohydrates during pregnancy, or even not eating any at all in the last 6 weeks mentioned. But why is it so important during pregnancy to protect the body from strong insulin secretions? And does the Louwen Diet really make sense?

What is the Louwen Diet?

The diet was developed by Prof. Frank Louwen, MD. The German gynaecologist and professor was born in 1962. His research focuses on complications of obesity and hypertensive disorders in pregnancy. His results in research and practice led to the concept of the Louwen Diet named after him:

From the 32nd week of pregnancy, all foods with a high glycaemic index are completely avoided. Wheat flour, sugar, most carbohydrate-containing bread, bananas, pineapple, mango, melon and other sweet fruits, sweets, processed foods, sweet drinks, honey and jam are among the taboos in this diet. It is somewhat unclear what the Louwen Diet is like with spelt, oats, unsweetened muesli etc.

These foods have a high glycaemic index according to the GLYX diet chart, but are mentioned in several sources as recommended foods in the Louwen Diet. What can definitely be consumed are berries, vegetables, legumes, unsweetened dairy products, seeds, nuts and whole grains. In the last 6 weeks before birth, all carbohydrates should be completely eliminated.

What is behind the Louwen Diet?

Dr Louwen's diet is based on keeping blood sugar levels stable so that there are no major jumps. Blood sugar fluctuations normally lead to increased insulin secretion, because this hormone signals the body to take the excess sugar in the blood to the liver and muscle cells for storage or conversion. Now, the fact is that during pregnancy, hormonal changes often cause less insulin to be secreted. So the blood sugar level rises from a carbohydrate meal, but the insulin level does not rise to the desired extent.

This causes the glucose (sugar) to stay in the bloodstream longer and not be removed properly. In some cases, this can even lead to gestational diabetes.

From about the 35th week of pregnancy, the unborn baby releases the hormone prostaglandin, which also enters the mother's bloodstream. This messenger substance lowers the sensitivity to pain, shortens the cervix and also helps the cervix to open during birth. In the time before the baby is born, the receptors for these prostaglandins are increasingly formed in preparation, which is why their release begins so early.

In simple terms, the hormone is a natural painkiller produced by the body, especially during birth. What is exciting in connection with blood sugar is that insulin occupies the same receptors on the cells as the prostaglandins. This means that in the weeks before pregnancy, the hormone that lowers blood sugar has far fewer receptors available to dock onto, which then causes blood sugar levels to remain elevated for longer.

If a lot of carbohydrates are nevertheless consumed, the hormones become imbalanced, which can lead to gestational diabetes on the one hand and to a more painful birth on the other, since the prostaglandins for natural pain relief can no longer work optimally.

Frank Louwen Diet promises that the low-carbohydrate diet - based on low GLYX foods - offers the following benefits in pregnancy and during birth:

As already explained in the first section, the Louwen Diet is primarily oriented towards the glycaemic index. So there are many parallels to the GLYX diet. According to Louwen, if you stick to foods with a low GLYX value, it is assumed that you can avoid high blood sugar levels. However, as you can read in more detail in the last Supz article GI GL Link article, the glycaemic load that food has should also be taken into account. In addition, the portion size also plays an important role. The table in the previous article explains this topic very well.

It should also be noted that blood sugar can also be kept constant through exercise and high insulin levels can be avoided with pregnancy-friendly fitness programmes, yoga and longer walks.

Sport during pregnancy would be another relevant topic in itself, but it would go beyond the scope here. Pregnancy yoga and specific exercises during pregnancy should definitely be integrated into everyday life. Especially in the area of fitness, however, many points must be taken into account so that the abdominal wall is not damaged before the birth - consult a personal trainer especially for pregnant women or the advice of a doctor.