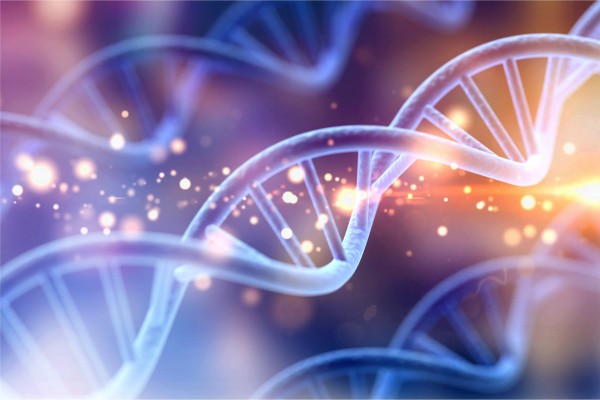 Since the topic of viruses is very popular due to the current Corona Pandemic, some general factual background information on viruses is given here. From a biological perspective, it is exciting to understand more precisely what processes the small particles in our body are highlighting. Without our cell mechanisms they could not spread at all, so it is to their advantage not to damage our organism too much. They could also be of medical use to us, for example in cancer research.

What is a virus? Why are viruses not living organisms?

By official definition, living beings consist of cells. They engage in active metabolism, growth, reproduction and respond to stimuli1. Viruses are not cells and have no metabolism of their own, because their existence consists only of a protein capsule containing genetic information. Although some viruses have an envelope around their capsule that resembles a cell membrane, this still does not allow them to carry out an independent metabolism2. A virus is therefore unable to eat and excrete waste products, just like animals and humans or even bacteria in a primitive form. Incidentally, this does not make viruses parasites, as the term is restricted to living organisms, and is more commonly used to describe bacteria, protozoa and worms that are harmful to the organism.

How do viruses multiply?

The goal of viruses is to maintain their own existence. To do this, it is of great advantage to multiply on a large scale as quickly as possible. Since this cannot happen independently, as explained above, a foreign cell is needed as a so-called host. In the case of viruses, these are mainly humans and animals or their cells. A virus therefore necessarily needs cells from a living being in order to establish itself there and use the host cell for its own reproduction2.
There are therefore two main mechanisms that the pathogen uses: On the one hand, transmission from one host to another, on the other hand, passive reproduction within the host.

There are different ways by which a virus can pass from one host to another:

With many viruses, transmission can take place via several of the aforementioned channels. The current virus SARS-CoV-2, for example, spreads via aerosol droplet infection, direct transmission already during hugs and indirect smear infections on surfaces.

After a virus has been transported from one host to another via one of the aforementioned pathways, it uses the host cell mechanisms for its own replication. This process is described using an infected human cell:

Our cells have a cell nucleus, which contains the so-called DNA, on whose strands our genetic material is located. This enormous store of information is constantly used for metabolic processes and everything that happens in our body. Most cells divide in the normal cell cycle to be able to destroy old ones so that we can grow and remain healthy. In addition, small sections of DNA are copied onto so-called RNA, which transports the overwritten information out of the cell nucleus. There it is used to give the cell organelles instructions for specific metabolic processes. All this is relatively complex and abstract. For the reproduction process of the viruses it is sufficient to know that we have important information on the DNA and RNA.

Viruses also have such information in their capsule. This information is available either as DNA or RNA.  The virus uses the proteins located on its surface, which can dock to receptors of the respective human cells. In most cases, our cells are unable to recognise that the protein is a foreign body and open the door. In this way the viruses enter their genetic information into our cells and these then begin to copy this actually foreign DNA or RNA and follow the "instructions". In this way, our cell then assembles several copies of the respective virus, which multiplies as quickly as possible. One can imagine this intrusion like a Trojan horse that sneaks in the bad guys unnoticed2.

To what extent are viruses important for the human organism?

Many viruses known to us can cause symptoms and diseases. For example, the Human Immunodeficiency Virus (HIV) attacks important cells of our immune system, whose function is then put out of action. In healthy people, the infected T-helper cells protect the organism from pathogens such as bacteria, other viruses, fungi, etc. So as soon as they can no longer do their job, we are extremely susceptible to disease. An acquired immune deficiency syndrome, also known as AIDS, develops. This leads to those affected getting secondary diseases, such as tuberculosis or pneumonia, which can no longer be fought by the immune system. Without the right medication, this can ultimately be fatal4.

But not all viruses are a danger to us and they may even help us to cure diseases in the future:

Viruses, evolution and their benefits for humans

Scientific studies have shown that a considerable part of our human genome is derived from viruses. These viruses have obviously already been incorporated into the DNA of our family tree in the apes and later in modern humans. Researchers assume a viral proportion of 8 - 43%5. Even if only the smaller number of these figures is true, it is obvious that viruses have played a central role in determining which genome sequences are found in our genetic material. Since evolution is based on the "survival of the fittest" principle, these originally foreign sections should not have harmed us. They may even have made a positive contribution to our development.
Certain viruses could also have a further benefit for our health system: We are in the process of programming viruses to attack cancer cells. Cancer researchers have benefited from the fact that the genetic material of a virus can penetrate our cells virtually unnoticed and change their gene activity. It is possible to attenuate and modify certain viruses in the laboratory in such a way that they specifically kill tumor cells or inhibit their activity. Compared to chemotherapy, this is associated with fewer complications, since it also damages healthy cells6. Research into these modifications of viruses in the fight against cancer is still ongoing, but it gives us hope for better support in the healing process.

Viruses are tiny particles that do not belong to any living being. They need a host to reproduce and other hosts to spread. There are many viruses that can cause disease, many that do not harm us and possibly some that are useful to humans.

How we can protect our body and our immune system from pathogens such as viruses, and what our own defence cells do on a daily basis, is explained in the next article.