Build up strength & increase it sustainably 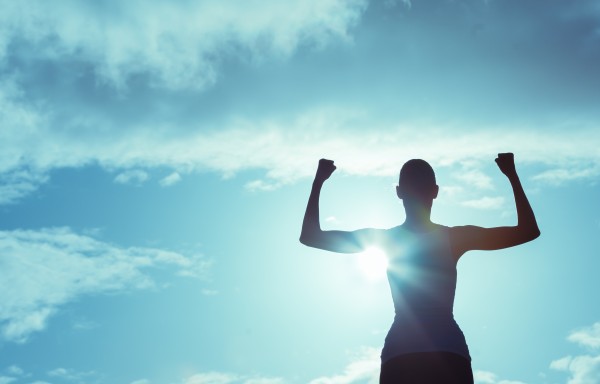 How can you specifically build and increase your strength in weight training? What must be taken into account? For many people, progress stagnates after a while: they are no longer able to increase their weight or repetitions during the exercises, and they do not notice any physical development in terms of body fat reduction or muscle mass. However, there are numerous methods of structuring training plans so that muscle building can take place via maximum strength in basic exercises. Especially those who have been training for a longer period of time will have to use specific training methods at some point.

No muscle building despite hard workouts?

The first period of weight training is often associated with rapid strength gains and physical changes due to the new metabolic stimuli. Particularly in completely untrained individuals, each training stimulus is a new input for the metabolism, which is why beginners will make progress even with less meaningful training programs. However, muscle growth often stagnates after this initial success phase if there are no above-average genetic preconditions or if the training programs are regularly structured and individually renewed. There are even cases in which, despite training, no muscle build-up is visible from the start or only very minimal, barely noticeable progress is made.

Building your strength: Which basic exercises should I do in any case?

In this context, building and increasing strength always mean that basic exercises such as bench presses, knee bends, cross lifts and chin-ups are increased. These holistic exercises always have a very global training effect and always train several muscle groups simultaneously. Some serve as the main muscles for the movements, others as smaller stabilizers. For example, in classic cross lifting, the lower back, buttocks and rear thigh work primarily, but the upper back, chest, calves, a small part of the front thigh, arms and abdomen and many other small muscles perform tasks that support the big movement.

Why does it make sense to be strong at all?

There are several reasons why building strength can be important. Only the most important ones are mentioned here:

How can I specifically build and increase my strength?

A training plan for continuous strength building is not just a single plan, but a structured cycle of several programmes. These must be individually tailored to the goals and circumstances of each person. To achieve maximum success you should get professional support from a coach. However, if you would like to experiment a bit yourself first, you can try out some methods that offer high chances of building up strength. Some of these possibilities are described in the next section.

First, however, some basics should be discussed, which are not considered by many and are therefore often already the limiting factor for a steady increase in strength:

Of course, there are exceptions to these basics from time to time for specific methods and individual requirements. However, as mentioned above, you should look for an experienced trainer for such more detailed analyses and training plans.

This is different for powerlifters or Weightlifting Olympian, but to explain this in more detail would go beyond the scope of this article.

3 methods for a training plan to increase strength

Keep it Simple: Get up to a tough set

You do 5 or more sets of the respective basic exercise for - depending on the desired intensity - 2-4, 3-5, 5-7 or 6-8 repetitions per set. Between the sets there is a break of 90 to 150 seconds. The higher the intensity, the longer the breaks. You start the first set with a weight that challenges you, but does not yet push you to the limit and you increase the weight of each set so that the last set becomes the hardest. Since there is a margin of 5-7 repetitions, for example, it makes sense to go so far in the last set that only 5 or 6 repetitions are possible with the respective weight.

Cluster - advanced method for trainees with a good basic strength:

In cluster training, for example, you choose a weight that you would normally manage for 4 repetitions. You then do only 3 repetitions with this weight, put the weight down for 10-15 seconds and breathe well, then do another repetition, pause again for 10-15 seconds, put the weight down again and do a last repetition after 10-15 seconds. With this system you can do 6 repetitions with a weight that you would normally only have done for 4. This method requires a lot of nerves and should not be used for more than three to four weeks, as the immune system could be overburdened or you could end up in overtraining due to the high stress and not regenerating properly.

This method is especially useful if you know that you are relatively weaker in a partial movement of the respective basic exercise. However, it also makes many trainees stronger without such a large deficit. Of course, you have to adjust the weights downwards for this method. For example, for 6-8 repetitions with 1 ¼ repetitions, you have to take between 15 and 20% less weight than you would normally move for this number of repetitions. An example for the execution would be the pull-up on a shoulder width neutral grip, which starts with arms completely unhooked, one pulls up to the bar, lets oneself down in a controlled way ¼ and pulls oneself up again and only then lets oneself down again to the extension.

There are of course numerous other methods to become stronger. The basics mentioned and the three example methods could, however, help you to design a training plan with which you can build up strength in a targeted manner and increase it in the long term.

How many times per week does weight training still make sense?
At least twice a week structured training should be carried out. Depending on the training level, intensity and regeneration possibilities, weight training can take place up to 6 times a week. The body should have a recovery day (rest day) every week.
What is strength training and how does it differ from cardio training?
During weight training, the body is repeatedly loaded with high intensity for short periods (repetitions with weights). There are breaks between these strains. Cyclical cardio training is about maintaining a certain intensity over a longer period of time without getting tired. For muscle building, strength gains, body fat reduction and aesthetic definition, targeted strength training is preferable to cyclical cardio training.
Strength training for women - when do you see the first results?
This depends very much on the initial situation and individual factors. Under optimal conditions, the first small visual changes can already take place after one month (firmer legs, flatter stomach, less hip padding). Above all, however, rapid success depends to a large extent on a suitable diet and not primarily on strength training. Strength training provides long-term support and defined muscles take months to years, especially in women.
How long should one continue to do cardio units after strength training?
It makes no sense to put the body under cyclical cardio training after strength training. Since during training the testosterone curve decreases after a while and the stress hormone curve increases more and more, it should not be overstrained with additional endurance training. A high stress hormone level over a longer period of time creates additional fat pads around the centre of the body. Strength training, proper regeneration and a suitable diet are all that is needed to efficiently reduce body fat.
What is the minimum and maximum duration of a strength training session?
Training sessions should not last longer than 60 minutes. 35-60 minutes can be sufficient with sufficiently high intensity. After an hour, the stress hormone level rises too much, which has a negative effect on regeneration. Excluded from the regulation are competitive athletes, experienced bodybuilders and people with a lot of muscles and little body fat, because the metabolism can work differently there.
How long does weight loss with weight training take? Longer?
This depends on the conditions and especially on the diet. Strength training alone creates enough physiological stimuli for very few people to lose weight effectively. If you have a few fat pads too much and do weight training 4 times a week and eat an optimal diet (lots of protein, vegetables, good fats, no gluten or dairy products, possibly fewer carbohydrates, etc.), you can reduce 1-2 kg of body fat per month. Someone who is very obese can even - especially in the beginning - lose a few extra kilos per month.
Write a comment