Physical exercises: Why and how physical activity can positively influence our cognitive and motor performance 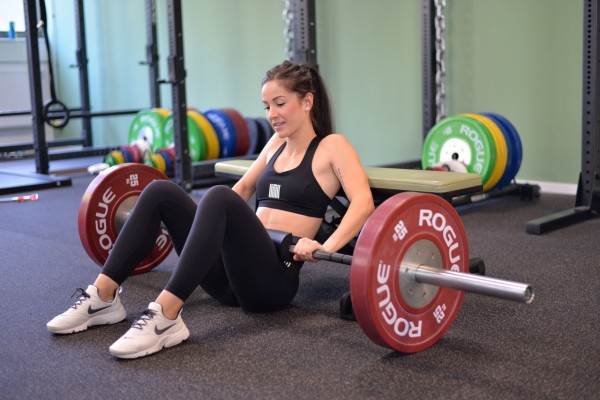 Children and their physical development
For children, the urge to move around a lot is something quite natural, even if they often lose access to it in today's world of digital media. They run, jump, climb, shimmy, balance, juggle, play hide and seek, and catch. As early as 1999, Dr. Prof. Ulrich Nickel identified the following primary sporting needs of children2:

2. High jump and jumping down from above

3. Swing and swing far across the room

4. Climb height and keep a lookout

5. Experience the tumult of rolling and turning

6. Staying focused and successfully in balance

7. Search for risky situations and master them with palpitations

9. Strive until a pleasant exhaustion

11. Intensive play on and with sports equipment

12. Be fascinated by rolling and flying balls

15. Compare and compete yourself

Through movement, children acquire a knowledge of various physical laws such as fast/slow, far/narrow, up/down or right/left. Thus, the 15 primary sporting needs mentioned above are the basis for the sense of orientation. Among other things, this stimulates neuronal growth, creating new synapses in the development of the brain. This results in better cognitive performance3.

A study by Dr. med. Christine Graf (2003) examined the connection between movement and concentration performance in children. It was clearly shown that physical coordination exercises have a positive influence on cognitive performance.

It should be stressed that the form of the movement plays a central role: A simple 6-minute run did not have a decisive influence on the concentration performance; the coordination exercises included balancing backwards, one-legged bouncing, jumping to and fro sideways and lateral repositioning1.

The aforementioned sporting needs are also important for emotional development: overcoming fears, taking a risk, possibly falling, but learning to get up again afterwards - all these things create a mental framework. This creates trust in the world and in oneself3.

It is therefore only a logical conclusion that in childhood and adolescence exercise is the basis for optimal development in a wide variety of areas and that too little physical activity can have negative consequences.

Sport makes you smart - executive functions and movement
In his successful book "Sport macht schlau "4 Frieder Beck deals with the positive influence of exercise on health and especially on cognitive performance. The findings apply to all children and adults.

The so-called executive functions are required for the stress-free and successful completion of various tasks in everyday life and in the professional world. The term comes from neuropsychology. These are mental processes that take place in the prefrontal cortex (PFC) of our brain.

A colloquial synonym for the PFC is forebrain, it is located, as the name suggests, behind the forehead and belongs to the frontal lobe of the brain. The executive functions mentioned above - EF for short - are divided into three core functions, the interaction of which creates the ability to regulate oneself: working memory, inhibition and cognitive flexibility:

Everyday examples of this would be briefly recording intermediate results in mental arithmetic, converting a sequence of instructions into a plan of action or keeping answers in mind for a moment in a conversation until the other person has finished speaking.

The inhibition function is to suppress spontaneous impulses and to deliberately direct attention, as well as to block out disturbing stimuli. If, for example, you are sitting in a school, lecture hall or seminar and can overhear sounds such as whispers from participants, inhibition works very well at that moment. It allows you to selectively and specifically focus your attention on the thing that is in focus.

This ability is of great importance for both children and adults, especially in our digital age: distractions from the smart phone, tablet at work, in private conversations or when you should be sleeping take up more and more space. Inhibition also plays an important role when it comes to nutrition; those who can devote their attention to a healthy diet without being distracted by the delicious smell of chocolate croissants in a café have good inhibition.

Cognitive flexibility is the ability to focus one's attention flexibly and quickly on new situations and to be fully concentrated on the task at hand. This is particularly relevant for school children, for example, because they need to be able to concentrate on the lessons again immediately after a wild break, in which there may even have been social conflicts. However, well-trained cognitive flexibility is also a great advantage in professional life, especially when working in a wide range of different fields.

Voluntary exercise has a positive influence on the executive functions
Frieder Beck has found that the executive functions (EF) can be improved through physical activity - and success can even be measured immediately after exercise. Long-term improvements in EF could also be determined by regular physical training over several months4.

However, two important points must be taken into account: The execution of movement must be voluntary, so joy and personal motivation play an important role. In addition, it depends on the respective execution: The greatest effect occurs when movement and cognitive stress are combined, examples of this are dancing, more complex strength training, yoga, martial arts, apparatus gymnastics, skateboarding or play sports.

It has indeed been measured that regular exercise of such sports, ideally at least twice a week for a total of at least 90 minutes, promotes the development of synapses.

Exercise as a prophylaxis for maintaining physical and mental health.
If the musculature of the musculoskeletal system is used actively on a regular basis, this clearly has positive effects on health. It is an open secret that sport is considered a preventive measure for diseases of civilisation and that a large part of the population should exercise more. Intensive exercise and a healthy diet can protect against cardiovascular diseases in particular5.

You can also protect yourself against age-related diseases of bones and tissue by doing sports. Especially in childhood, where bone density can still increase, osteoporosis, the so-called bone loss, is prevented. When children meet the primary needs for exercise mentioned in the first section, an important foundation is laid.

Sport also plays a central role in general physical well-being. Today, there are more and more jobs where hardly any physical activity is required. Typically, people who spend a lot of time sitting in the office have a slightly curved back and collapsed shoulders, back and knee pain at an early age.

Especially with such an inactive daily routine, it would be advisable to do more intensive exercise units at least twice a week. Targeted strength training in particular has proven to be very effective. However, it is advisable to be accompanied by a specialist, because only the correct execution of exercises is beneficial to health. Otherwise, in the worst case the pain will be intensified by uncontrolled or unnatural movements. It often happens that men in particular use too much weight in weight training and want to move it at all costs, but the basic muscles are simply not yet sufficiently developed.

Walks, jogging and yoga
To keep your cardiovascular system in motion, breathe in fresh air and escape from stressful everyday life, walks are particularly suitable. Especially after a meal, 10 to 30 minutes of walking would be ideal to avoid blood sugar fluctuations and the resulting tiredness and ravenous appetite attacks.

Running, unlike strength and conditioning training, is less suitable for efficient body fat reduction and defined muscles, but is better than not doing any sport at all. It is also a good way for many people to recharge their batteries mentally, to exercise in nature and then release happiness hormones. If you eat a balanced diet and are satisfied with your physical shape, you can definitely go running twice a week and thus stay healthy.

In addition, it would be advisable for everyone to perform a small daily mobility routine or go to yoga regularly to maintain flexibility and a healthy posture.

How can movement be efficiently integrated into everyday life?
As already mentioned, it would be advisable from a health point of view to complete 30-60 minutes of more intensive, targeted strength units at least twice a week. Alternatively, or in the best case, in addition to this, a daily mobility routine would be advisable. Especially in the morning, before breakfast, a short exercise unit is suitable to start the day full of energy, focused and relaxed.

The following video shows a mobility routine that requires no additional equipment except a yoga mat. If necessary, it could also be done on a carpet or clean floor.

How many calories do you burn a day without exercise?
In theory, the values for adults range from 1700 to 2400 calories a day. In practice, however, it looks a little more complex. The calorie requirement depends on various factors: Gender, height, exact age, activity level, body fat percentage and musculature play an important role. A small woman who does little exercise, sits at her desk all day and may have an unfavourable intestinal bacterial composition may only burn 1200 calories. Meanwhile, a tall, very muscular athlete with a low body fat percentage may well burn 4000 calories.
How many hours of sport (per week) should one do?
It would be advisable from a health point of view to do 30-60 minutes of intensive, targeted strength training at least twice a week. To keep your cardiovascular system in motion, breathe in fresh air and escape from stressful everyday life, walks are particularly suitable. Especially after a meal, 10 to 30 minutes of walking would be ideal to avoid blood sugar fluctuations and the resulting tiredness and ravenous appetite attacks.
Why is exercise particularly important for children?
Physical activity is a basis for the sense of orientation. Among other things, it stimulates neuronal growth, creating new synapses in the development of the brain. This results in better cognitive performance. The aforementioned sporting needs are also important for emotional development: overcoming fears, taking a risk, possibly falling, but learning to get up again afterwards - all these things create a mental framework.
What is the optimal pulse rate for exercise or endurance sports?
Between 108 and 144 heartbeats per minute during casual jogging. For comparison: the resting pulse rate of adults is between 40 and 80 beats per minute.
How many steps should I take per day?
10,000 steps would be optimal.
Write a comment